where have i been?

I think I actually did you a favour by not blogging. My life has been so dull, apart from studying for exams. I thought I might become this big ball of excitement once I finished school, but unfortunately, the boringness pursues.

The best I can do for ya is show you a few things I got up to in these past two weeks to get you caught up and then hopefully that will set me on the right track to being fun!

First things first...snow is not cool when the month of May is almost approaching. This is what happened in my town all day yesterday. I'm not exaggerating when I say 'all day' - it really was! 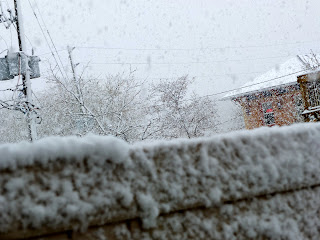 The major thing that sucked about this the most? My husband now commutes to work an hour north of us and you know what the north means...even crappier conditions when snow makes an appearance. He said his drive home was pretty brutal. Happy second day of work to him! 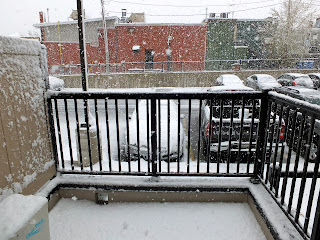 It still continued to snow a bit today, but is leaving soon (riiiight??). I just don't get Mother Nature. We have shorts and sandals weather a month ago, and now snow in April - this global warming stuff is totally accurate!

Besides hating snow in August April, I've been...

Making fajitas for the very first time as a vegan. That means tofu, portabello mushrooms, peppers, and onions. 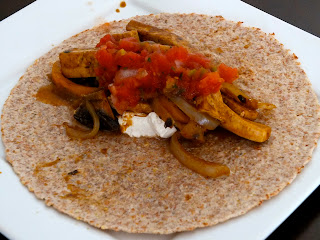 Accompanied by salsa - this is the best kind ever. No exaggeration: 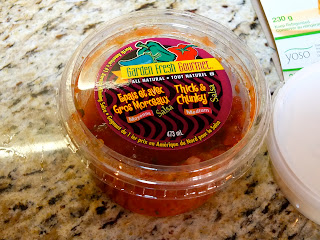 And, tried for the first time: non-dairy sour cream. It just so happened to be 50% off, which sealed the deal of getting it. Otherwise, I don't think I would of gotten it and fajitas would have just been eaten with salsa! 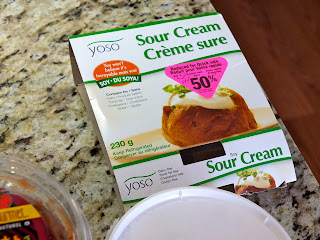 Sour cream was ok - it kind of had a sweet hint to it. It definitely isn't regular sour cream, I'll tell you that much! But for what I now want to eat, it did the trick!

I also tried banana soft serve for the first time. Who am I?! And why had I not tried it sooner?! 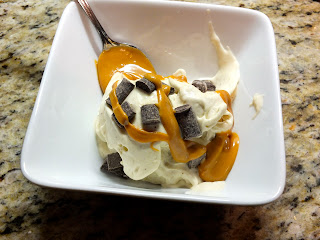 Only problem is you need a ton of bananas ALL the time! But it's worth it ;)

I've also been cutting my hubby's hair. He's got a lot of hair! 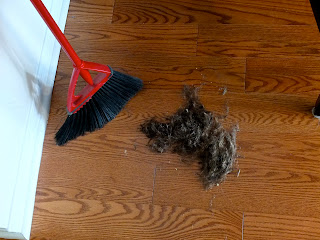 And also, as part of studying for finals, I totally slacked on making meals. This was one of the delicious ones I enjoyed during studying... 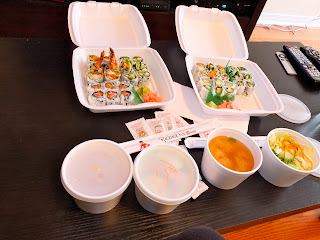 I am loving miso soup right now. So delicious!!

And there you have it. That's where I've been. Hopefully I have some new and actually interesting things to come.

QUESTION: What are YOU doing that's more exciting than me?! Please tell me it's something!