I don't know why that phrase always makes me think of my husband's friend, but it does. 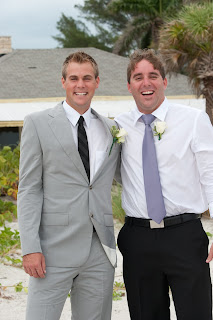 Maybe it's because the first time I actually laughed about that expression was when he quoted it from Jared. Don't worry Jared, I concur...especially with a caesar/bloody mary in hand ;)

Maybe we should change all the other day's of the week (minus Monday) to something that rhymes with fun. Like Tuesday could be Runday (which it pretty much is for me anyways, since it's a day off school I actually do have to run!). Wednesday could be Wonday. Thursday could be Punday. Friday itself can just be Funday; because 1) you don't want to take the 'F' out of TGIF, and 2) it is fun to celebrate the weekend coming. And, Saturday could be Satunday!

Where was I when they came up with the names of days?! Oh right...not born!

My Sunday funday started with a little muffin action. As a vegan, the one thing I do miss on the odd occasion are muffins. It's highly unlikely that you can get a muffin (and by that I mean buy) anywhere made without eggs or milk. I'm fine with making them myself, but it definitely does suck when you're on campus and someone across the table from you is eating a crazy-good looking muffin, and you have nothing. 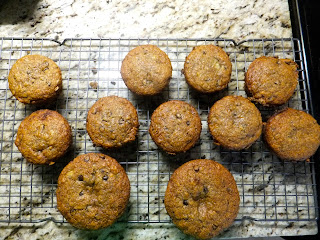 I solved that 'nothing' problem and made some banana chocolate chip. Now I'll be the one making people jealous tomorrow morning. I used the recipe from the 30 Day Vegan Challenge, which provides fool-proof recipes. 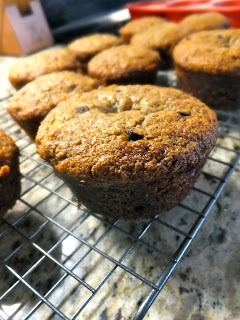 Sunday funday continued with a nice outdoor run. It's been 8 days since I've ran, but I'm ok with it. I had a busy, busy week that my priorities were different and it didn't kill me to not run. I still managed to squeeze in some 12 min BodyRock's! The one non-fun thing about my run though...my watch died before my run was done.

It was my own stupid fault. I got cocky and thought 23% battery life would get through 5 miles. FYI: it doesn't! 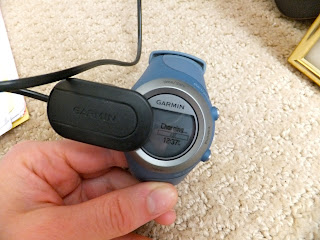 It's now charging so I won't have that problem the next time I set out for run. Maybe I'll test the limits with 30%, but never 27% again...unless it's a little stroll!

I think I ran pretty close to 5 miles (which was my intention), but the last time I checked my watch before it died, I was at 4.39 mi and then I have no idea when it died after that. I guess it's up to my own interpretation, so this is where I can say that I ran 15 miles in 46 minutes. Alright, you might catch onto my lies, so I'll just leave it at 5 ;)

Now, I'm set out to do a workout with the hub at 1:30pm (after he's finished up with some golf lessons) and not gonna lie...just spend the rest of the day relaxing. That's my kinda Sunday funday!

QUESTION: What are YOU doing this Sunday funday?!