There was once a time where I was an avid hummus buyer. I would buy my overpriced tub of hummus because it tasted so good.

Sometimes, I would hold off on buying it just in case it went on sale. And then when it never did, I would buy it anyways. After all, good hummus deserves to be in my belly. 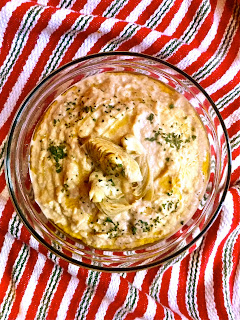 Besides, if I never bought the overpriced, delicious hummus, then what other hummus would I eat? I couldn't just go without hummus...what kind of world would that be?! That's until I discovered making your own hummus (read: I finally realized that it really is that easy to make your own). 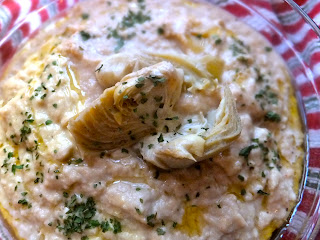 It's actually the overpriced hummus's fault for being so overpriced that lead to my hummus-making abilities. I bet it wishes it would have lowered its price a little because, unfortunately, we probably won't be seeing each other for a while now. Unless it vows to drop its price to 1/2 off.


Ingredients
Instructions
Place all ingredients in a food processor (this includes the water from the artichokes) and blend until well-combined.
Drizzle with high quality olive oil and garnish with fresh or dried parsley.
Serve with fresh vegetables or tortilla chips or even quinoa socca (since it's not chickpea related).

For a hummus newbie, I think I did pretty good. I half expected that it would have actually been:
a) a waste of my chickpeas
b) something I would gag over but try to eat anyways for the sake of not wasting. 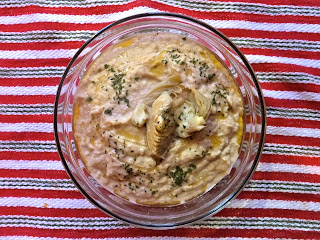 Obviously you can see my expectations are fairly low when trying something new! But, a life lesson I learned from this experience: don't be afraid to try new things...you might just surprise yourself!

Making my own hummus has actually fueled the fire. My next attempt will probably involve a lot of heat - that way if it doesn't turn out, my mouth will be half-paralyzed by peppers!

QUESTION: Any other hummus newbies out there? Or if you make it quite often, what are your favourite flavour combos?!