portabello burgers and a new breakfast

It's Sunday Funday! Mine is not so much fun because I just finished working on a lab report for my one food course AND did the accompanied quiz for it. I never thought someone (ie: my prof) could make food so unappealing - readings, reports and quizzes...blah!

To take a little break, I thought I'd recap about my new dinner from last night and new breakfast this morning - you must understand how big of an accomplishment a new breakfast is, coming from a girl who eats toast with PB & J for breakfast every.single.day. I'm pretty much addicted...what can I say!

Let's just say 'new' is the theme here today...and it's a good thing I did make some new things. They were worth it. 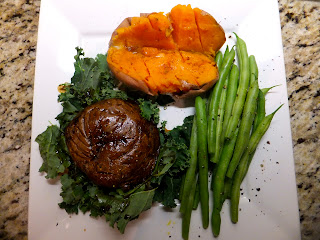 I feel like I've been rebellious lately; coming up with new recipe ideas without having a backup in case they flop! Lucky for me, this wasn't the case with these burgs. 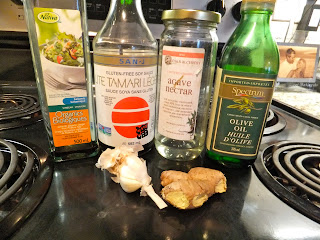 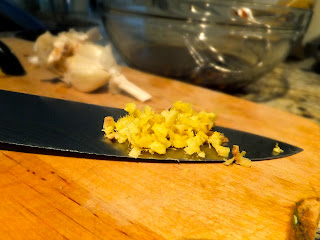 You can also add some water to thin it out/reduce the tamari flavouring. Otherwise, whisk, baby, whisk! 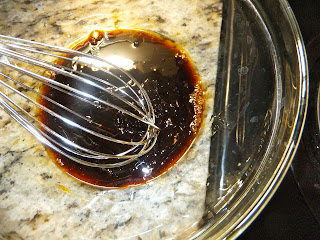 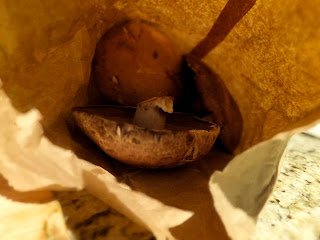 I tried to pick out the big ones since they do shrink a bit! 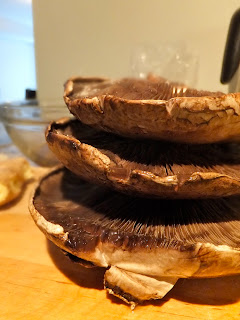 And dip them in your marinade. 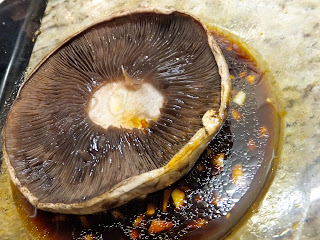 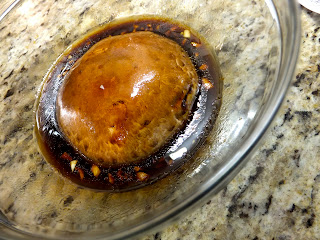 Next, let them marinade in the fridge for at least 30 mins. This was just enough time for Tyler and I to make a run to Starbucks, and go bug my mom...I mean, visit! Ours marinated for well over an hour and a half, but 30 minutes is enough! 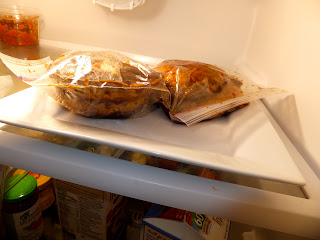 Then in a frying pan over medium-high heat, add the mushrooms with their marinade to the frying pan. They take virtually no time cook (a few minutes a side), or until desired tenderness is achieved. 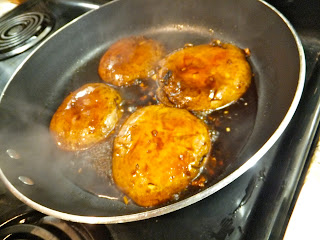 Tyler had a good idea of putting them over kale (just raw), instead of on buns, and I poured some of the mushroom marinade to season the kale. It worked really nice, plus a way to get more greens in is a-okay with me ;) 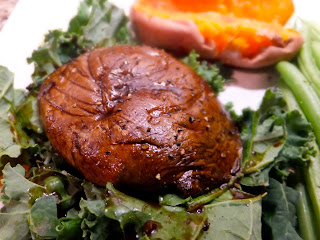 Eat up because these are good! Definitely can't wait til it's summer and we can try them out on the BBQ! I couldn't even think about summer last night though...it snowed all night. I seriously cannot wait for spring. 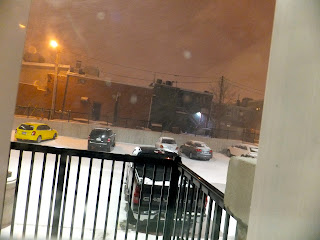 Then, it was another newbie for breakfast - tofu scramble. Such an awesome change, and honestly, the only breakfast food we had in the house. I was out of bread (tragedy) and no cereal in sight! Scramble was pretty much second best! 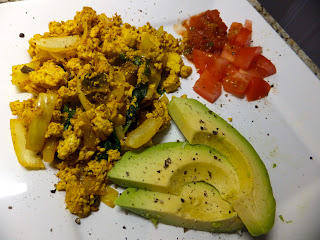 And I'll end on that food note because I don't wanna jinx it with the next thing I make ;)

I just got done a ridiculously hard BodyRock, so now it's time to go eat a ridiculous amount of popcorn smothered in buttery Earth Balance-y goodness... 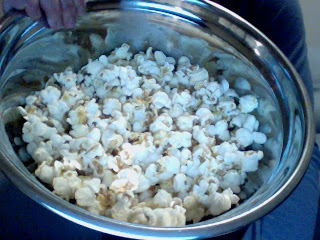 and watch some Modern Family that we need to get caught up on (read: last aired episode was 17, and we're only on 8).

Have a good night!