Have you entered my LARABAR giveaway yet?! Go right now and enter here! (Closes Friday)
*****

Sometimes I like to talk to myself to make me do things - mostly in my head, because it'd be pretty embarrassing if someone actually caught me doing that!

Yesterday was one of those days. Luckily, I was in the comfort of my home, giving me the ability to shout...err...talk away!

The weather is pretty spectacular in south-western Ontario right now that I knew this week was prime for finally running outside. The last time I ran outside was on December 31st, 2011 when I ran a 5-miler down in Florida. As you can see, this was pretty much half a century ago, in runner's terms!

Some might ask, 'well why didn't you run outside when you returned back home?!' and my answer would be that I hate winter and any excuse to stay away from it is ok with me. Running on the treadmill is almost as bad as winter running, but not quite, so I sucked it up the past few months, and took to the belt!

With the Canadian weather finally cooperating, I've been pumping myself up for the much anticipated run outside. If I had to watch curling on the TV at the gym one more time, I might  have...learned how to play, myself (haha kidding!). It's not even the same person working behind the desk when I go to the gym, so why is curling aways on? And why is curling always on that channel, anyways?! Obviously curling is a tender subject still....

Back to the running outside anticipation: sometimes when I have a build-up of anticipation, it can back fire, where I start thinking of excuses why I shouldn't do that thing I've been anticipating.

This almost happened with my run yesterday, but then I told myself to, get out there!! 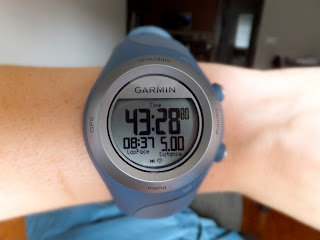 The moral of this story is, if you stop and pause to think for even one second, you might talk yourself out of something you know you want to do. So just tell yourself...get out there!


Have a great Wednesday! Mine will be spent on campus for 12 hours...yaaaaay!

For that, I definitely needed to start my day off with some lovely tea. 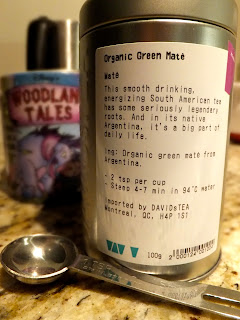